FREE SHIPPING FOR ORDERS OVER $80

Sustainability and The Environment

Often people think that Murray River Salt® Salt Flakes are from the Murray River itself. This is not the case.

Murray River Salt® works closely with government authorities to access the brine from the Mourquong Salt Mitigation Basin which is part of the Salt Interception Scheme.

Murray River Salt® tap into this natural resource and convert it into a value-added gourmet food product whilst contributing to protecting our environment from the detrimental effects of salinity. This is a vital scheme that ensures saline water does not enter the precious fresh water resources in the Murray Darling Basin, including the Murray River. The successful management of salinity in this region ensures water quality, plant growth, biodiversity and agricultural productivity remain, and that good quality water is available for human consumption.

In 2004, the Governor General awarded Sunsalt the National Institute of Engineers Salinity Award. This award is for companies who have demonstrated successful methods of reducing salinity impacts on the environment.

By harvesting the salt at the Mourquong mitigation site, we are assisting in preventing 200 tonnes per day of saline water from entering the Murray River. Why import salt when we have a salinity issue right here in Australia?

Investigations in the early 1970’s found that saline groundwater was entering the Murray River upstream from the Mildura Weir, significantly contributing to the salt load in the River Murray. The main means of saline groundwater seepage to the Murray River was through a fault in the riverbed. The only natural way that salt can leave the Basin is by flowing down the river and out to sea through the Murray Mouth in South Australia.

River salinity is managed through ‘Salt Interception Schemes’, which are an engineering tool used to divert groundwater and drainage water away from the river system. These schemes divert approximately half a million tonnes of salt away from the river and adjacent landscapes each year, intercepting it before reaching crops and rivers where the effects can be devastating – salinity levels that are too high in soil and water can cause native vegetation to decline in health or die, and an excess amount of salt in the water can potentially render it unusable for human or animal consumption. 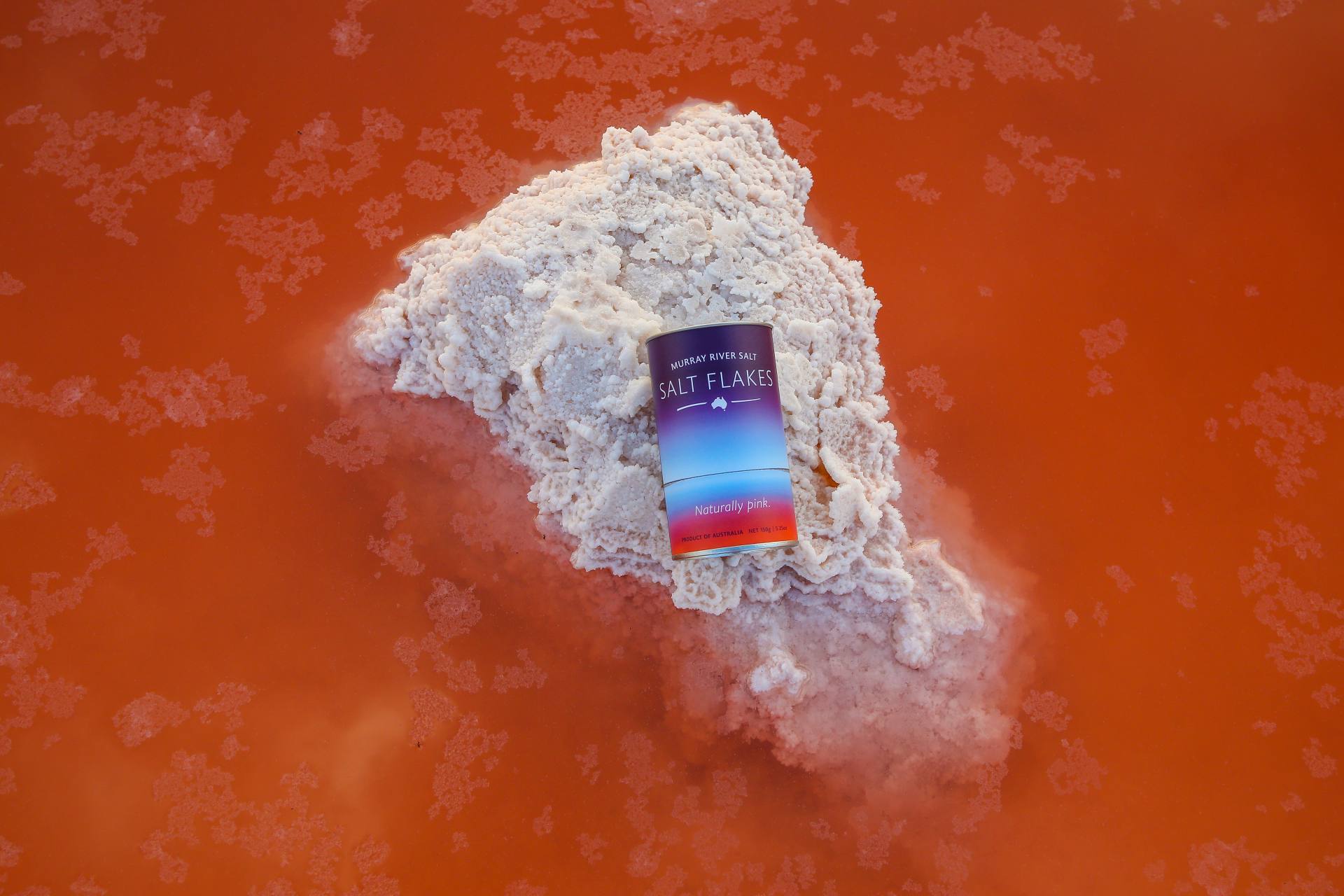 The Salt Interception Schemes consist of a series of bores located near the Murray River, intercepting groundwater and diverting it to disposal basins where salt is deposited in existing salt degraded areas that pose less risk to rivers, farm land and natural environments. There are currently 15 salt interception schemes in the Basin, which divert more than half a million tonnes of salt away from the rivers and adjacent landscapes each year.

The operation of Murray River Salt® under the River Murray joint venture program, is imperative to achieve and maintain agreed salinity levels in the River Murray system – the Mourquong Salt Interception scheme intercepts around 17,500 tonnes of saline ground water seepage from entering the River Murray annually. The salinity of the groundwater being pumped is around 65,000 EC Unites – Sea water is around 50,000 EC Units.

The intercepted water is transported, approximately 7 Km from the furthest bore site, to the Mourquong Salt Mitigation Basin, located 13 kilometres northwest of Mildura in New South Wales. This site was a naturally occurring saline basin with an enormous disposal capacity due to its large surface area and high evaporation characteristics – over 1 million tonnes of salt/s and 45,000 megalitres of intercepted saline water have been diverted to the Mourquong Basin since 1979.

So as you can see, all our products are sustainable and assist the environment by helping reduce salinity!

We also choose eco-friendly practices by dissolving unused salt back into the system, using solar power, electric forklifts and having recyclable packaging where possible.

Some information obtained from the Murray-Darling Basin Authority: https://www.mdba.gov.au/sites/default/files/pubs/Salt-Interception-Scheme-Buronga.pdf

Being healthy? Love a tasty cocktail? You can have

Your adored Murray River Salt Flakes in a 250gram

✨ Our Canister looking pretty at @empower_wholef

Glass of red + favourite show on the telly + comfy

Did you know that it is #AustralianMadeWeek ? Wha

@divinevanillaau is an Australian owned and operat

Have a Salty Sunday Everyone 🌞

What a great season of @masterchefau it has been s

How beautiful is our salt wall at our Mourquong Si

Raise your hand if you think Peanut Butter is the

From all of us here at Murray River Salt, we want

Sign up now and be the first to know about exclusive offers, product updates, and exciting news and announcements.

Signup to The Salty Society and claim